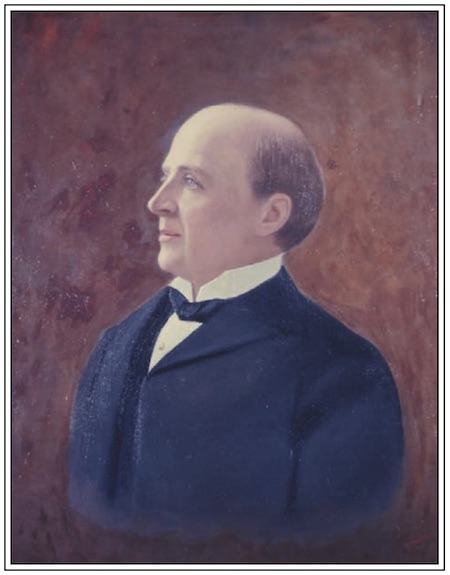 In 1883, Edmund Favor Noel was one of five lawyers who announced their candidacy for District Attorney in Mississippi’s Fifth Judicial District. The Democratic Party Convention that would select the party’s nominee lasted a week and cast one thousand ballots, according to one historian. But according to another historian it lasted only four days and cast only seven hundred ballots without nominating a candidate. Both sources agree that the convention eventually decided to select a candidate by the luck of the draw. Edmund Noel, who was selected by the draw, disapproved of that process and asked the party elders to hold a primary election and allow the Democratic voters of the Fifth Judicial District to nominate a candidate. The Party leadership declined his offer and appointed him the party’s nominee. In a topsy turvy series of events that characterized Mississippi politics in the late nineteenth and early twentieth century, Noel was defeated by an independent party candidate in 1883. Four years later he was elected District Attorney, only to lose again four years later.

In 1901, Edmund Noel was elected to the state Senate and authored the Direct Primary Law in 1902, which was the first in the nation. The direct primary literally transformed Mississippi politics, in two ways. First, the white power structure and the party bosses could no longer hand pick candidates for public office. The people would decide who the party nominees would be, and consequently who would be elected and exercise the powers of public office. Secondly, the Democratic Party did not allow blacks membership in the party, and virtually removed blacks from the political process in Mississippi. The direct primary soon became known as the “lily white primary,” and initiated a period of raucous and reckless politics.

In the first primary held in 1903, Edmund Noel ran against James K. Vardaman and characterized Vardaman as a wishy-washy politician who had changed his position several times on major issues. Vardaman was elected, and Noel came in third in a three man race. Four years later, in 1907, Noel was elected governor in a six man race. One of those candidates, Charles Scott, often campaigned in a Confederate uniform.

Edmund Noel was born in Holmes County on March 4, 1856. After attending preparatory school in Louisville, Kentucky, he read law and was admitted to the bar in 1877, and opened a law office in Lexington. In 1890, he married Loula Hoskins, who died in 1891. Fourteen years later, in 1905, he married Alice Tye Neilson, whose husband had died in 1898. After serving one year in the House of Representatives, and a four year term as a DistrictAttorney, Noel was elected to the state Senate in 1895 and reelected in 1899. During the Spanish American War he served as a captain in the Second Mississippi Infantry.

Shortly before Governor Noel was inaugurated on January 21, 1908, a group of Jackson businessmen recommended the sale of the Governor’s Mansion and the commercial development of the downtown area on which the Mansion was located. The Jackson Clarion-Ledger described the Mansion as a “ramshackled old barn,” and also urged the legislature to dispose of the sixty-six year old Mansion. Some businessmen also wanted to demolish the Old Capitol building that had been replaced by the new Capitol in 1903.