Top
Feb - Around the Square with Banks Shepherd, Vol. 2 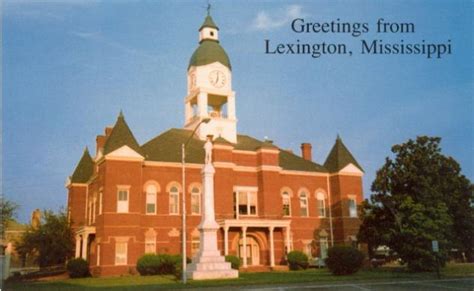 As many of us uncover from a blanket of ice and snow that has fallen over much of the south, we eagerly look forward to the arrival of spring. Daffodils that had tentatively begun to bloom in my garden have reemerged in the snowfall and will once again herald a new beginning.

And speaking of new beginnings, LOFC began a new year with its annual board meeting on February 8. Members of the Board nominated and reelected the same slate of officers that served during 2020. They are as follows: Ed Thurmond, President; Chris Hammett, Vice-President; Betsy Padgett, Secretary; and Amanda Tailyour, Treasurer. Julian Watson continues to serve as Chairman of the Board and Pat Barrett, Jr, Phil Cohen, and Harold Hammett, Jr. as Members of the Board. The mission of LOFC as stated on the website remains the same – to preserve and maintain the historic Odd Fellows Cemetery. With your generous help and support, we have come a long way since we began this journey in June 2018.

In last month’s newsletter, we shared the first installment of remembrances of the Lexington Square by Dr. Banks Shepherd. Many of you responded with delight and eagerness to hear more. Some even shared their own recollections. For example, Pat Barrett, Jr. remembered his beautiful mother asking Dora Pearl Tidwell, who managed the telephone exchange, to please connect her with Orchid Beauty Number 44, and his father saying that Sara and her friends went there to “be renewed.”

My sister Patty Lewis remembered that from an early age The Orchid Beauty Shop was a place that she wanted to be. “It was a narrow building with lots of black, lavender and lime green fixtures. It was where many of the ladies in town got a shampoo/set, a perm, and a manicure. Throughout my youth, I experienced all of them. Claudie and Scott were the owner/operators and spent their lives making their customers look beautiful. I often stopped at the front window to watch Claudie giving Elvera Flowers or Irma Paris a manicure, carefully applying Revlon’s Cherries in the Snow! Claudie had a special way of finishing off each nail. She applied the polish, and then running her thumb along the tip of the nail, created a bevel to prevent any chipping. It is a technique I have yet to see again. I think Scott gave me my first perm when I was six and Claudie gave me a manicure when I was seven. I did not even make it to the corner before I had smudged a nail and had to return for a quick repair! The shop had a row of stalls along one wall and opposite the stalls stood a lot of hair dryers. There was also a scary looking machine with large clips dangling from electrical cords that looked like something from a torture chamber. I think it was used for hot waves! Scott would shampoo you at a large basin in the rear of the shop and then you would go forward to the stall of the hair stylist or to his stall up front for the perm. He had a small white cabinet with sterilized instruments that also looked scary, and I never figured out what he did with them. Maybe it was related to dermatology. It was a happy place though, filled with lots of movie magazines--a place that provided some of the fondest memories I have of Lexington. The Orchid was also Lexington’s finest forum for the gossip of the day. If you went to see Scott and Claudie, you heard it all. There were no secrets hidden in the Orchid. It all came out: the lurid, the salacious, and the complimentary.”

Like the above, if any of Dr. Shepherd’s remembrances jog your own memory with recollections of the Square that you would like to share, please mailto:atailyour@bellsouth.net, and I will try to include them in an upcoming newsletter.

In Part I of the tour, we left you at the Coca-Cola plant on Spring Street. That building elicited comments from several people who remembered standing at the large window watching the green bottles move along the conveyor belt under the watchful eye of Roy Gelston, the “Inspector General.” Periodically, he would pull one from the ranks for reasons unknown to the spectators. A “Co-Cola” was a real treat in those days, especially with an Ezell’s hamburger! Phil Cohen recalls that a Coke cost a nickel if purchased at a store, but Mr. Lundy, who owned the bottling company, would sell you a six-pack at a wholesale price of 24 cents. Sonny Russell would organize a “syndicate” of Phil, David Richards, and three other young boys to buy a six-pack, each then enjoying a Coke with a 1 cent savings that they were able to spend on another treat. The only downside was that Mr. Lundy required the boys to drink the Coke on the premises because they did not have the money for a bottle deposit, so they had to immediately return the bottle once they had finished the Coke.

LET’S GO AROUND THE SQUARE IN LEXINGTON, MISSISSIPPI

Shortly we will announce winners of the Photography Contest, which is being judged by the renowned and celebrated photographer, Bill Eggleston. The photographs will be downloaded to our website for viewing. Stay posted.

Toddrick Brooks and his “crew” continue to maintain the grounds of LOFC, and during this off-season of grass cutting, they have been busy reinstalling cornerstones that have moved from their original settings. If you would like to have the cornerstones reinstalled around your family plots, please let the Board know so that we can arrange with Toddrick. Most families have generously agreed to cover the minimal cost of the resetting. Toddrick and his crew, which are comprised of his wife and fifteen-year-old son, have also cleaned the fence line on the south side and will shortly clear the line on the north and east sides. We are fortunate to have Toddrick and his family maintaining and beautifying LOFC.

Stay safe and be well,